On Thursday, November 8th, 2018 Thunderbolt Pipeline served as Kingpin Sponsor for the sold out event which filled all 28 lanes of the Merrimack Ten Pin Center to raise money for Families in Transition New Horizons in partnership with the ABC Young Professional Group. The Thunderbolt team was one of five event sponsors which hosted over 100 participants and raised over $4,500.

Sean Hussey, co-founder and CEO of Thunderbolt Pipeline stated, “ Families in Transition New Horizons does extraordinary work around New Hampshire, we were happy to support their mission. The ABC Young Professional Group did an incredible job organizing and executing this event. The whole building was energized. At one point the total donation tally was under $4,000 and we were all eager to get over the mark. It ended up getting to $4,500 once everything was said and done.”

Thunderbolt Pipeline looks forward to future events with the ABC YPG in support of the New Hampshire community. 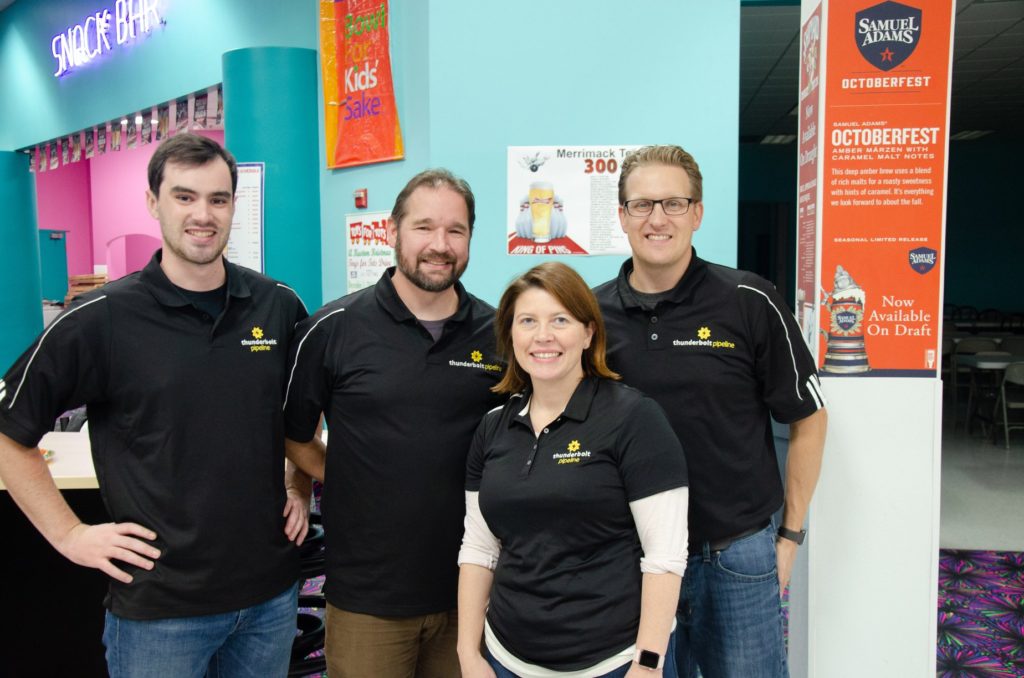 About ABC Young Professionals Group: Founded in 2012 as an initiative of ABC NH/VT, the ABC YPG mission is to develop, empower, and connect young professionals through events in an effort to enhance their professional development and business success within the construction industry.

About Families In Transition – New Horizons: Families in Transition-New Horizons is one of the largest homeless services organizations in New Hampshire with locations in Manchester, Concord, Dover and Wolfeboro. They provide innovative and effective interventions specifically designed to help homeless individuals and families reach beyond the cycle of homelessness to lead healthy and successful lives. Their belief is that having a home is a basic human right and is fundamental to becoming an engaged and contributing member of our community.