A quick guide to understanding OSHA

No doubt you have deeply familiarized yourself with the Occupational Safety and Health Administration (OSHA) regulations. As a construction professional, it’s probably one of the first things you’re taught because of how important the rules are to follow.

But these regulations go one step further. Many individual states actually have additional safety protocols in place.

Do you know the difference between OSHA regulations and state ones? Here’s a quick guide to understanding what they are and why they exist. 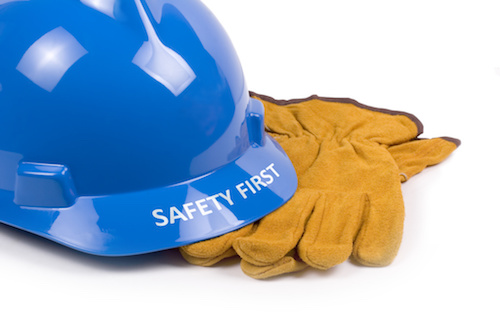 First things first, state regulations must meet federal requirements. Basically, this means they can’t undermine what OSHA has put in place and all OSHA standards must still apply. They can, however, add onto them and cover aspects the federal rules don’t, like an illness prevention program for example.

In order for states to implement their own plans, they must, as Nilfisk writes, “provide safety and health training and education programs, conduct inspections, and enforce the standards.”

There are currently 28 states and/or territories that have their own rules (click here for a full list).  Some cover private and state and local government workers, while others (Connecticut, Illinois, Maine, New Jersey, New York, and the Virgin Islands) only cover state and local workers.

It’s difficult to explain the differences in detail because each state has specific items they create rules on. In general, though, the state standards are stricter than federal OSHA. For example, California’s state-made plan has greater levels of protection including permissible exposure limits, confined spaces, process safety management, etc. Again, check out the list above to understand more about your state’s specifics.

In addition to the rules themselves being different or stricter, the fines often are too. You know the penalties for not complying with OSHA, but violating the state regulations will often end with a higher fine. It’s important to note: If you are in compliance with federal OSHA, but don’t meet the state OSHA compliance, you are still in violation.

Why are there even state plans to begin with?

There’s no concrete answer to why states began creating their own plans, but Etraintoday.com explains a few reasons why they may have started.

We say again: If you work (or own a company) in a state with its own compliance plan, you must adhere to both the federal and the state regulations. Doing so is in not only in the best interest of your business, but also for your employees’ safety.